May 14, 2010 Bro. Nathan Bryant Brother Nathan, NBM News No comments
*
Wednesday, May 5’th – Monday, May 10’th
My plane left Louisville, KY at 6:45AM on Wednesday morning. I had a short layover in Charlotte, NC, and arrived in West Palm Beach, FL around 11:15AM. (Many thanks to Brother Trevor Emond for taking me to the airport very early in the morning, and to Brother Jack Duff for his hospitality and kindness during my entire trip to Florida).
Wednesday night I preached on ‘The Quickening Power‘ to a Spanish-speaking group of believers at Alpha Omega Tabernacle in Miami, FL (Brother Charles MacDonald – Pastor).
Brother Christian from their church was kind enough to interpret the sermon along with me into Spanish.
Several of the brothers and sisters there came forward at the end of the service to receive the Holy Ghost. God continues to vindicate that “THE Promise is unto you, and to your children, and to all that are afar off, even as many as the Lord our God shall call.”
Thursday night I preached on ‘The Order Of Revival‘ at Bible Truth Tabernacle in Okeechobee, FL (Brother Willie Smiley – Pastor). The Lord continues to prove that wherever two or three are gathered together in HIS Name HE is always ready, and willing to appear in our midst. The saints at Brother Smiley’s church provided a warm welcoming spirit, as did the other churches I had the privilege of visiting during this trip.
Friday night I had planned to speak on ‘When The Minority Becomes The Majority‘ to the Haitian group of believers at Eagle’s Temple in Miami, FL (Brother Bernard Jean-Mary – Pastor).
After I read the Scripture that the Lord had brought to my attention for that sermon I started preaching, and felt led not to read my title, but to just continue speaking along the line the Lord was leading.
I wound up never returning to my notes or the subject I had intended, but spoke instead on ‘Longing For Fellowship‘. God knew that is what the believers there needed to hear, and HE deserves the glory (as always) for leading me in what to say.
Brother Bernard interpreted the sermon along with me into Creole.
Saturday I was able to fellowship with some precious brothers (Brother Jack Duff & Brother Willie Smiley), at a birthday party for Brother Smiley’s daughter. I spent most of the evening in prayer & study for the services on Sunday.
Sunday morning I preached on ‘Looking For New Light‘ at Spirit & Truth Tabernacle in West Palm Beach, FL (Brother Jack Duff – Pastor). The Lord proved marvelous again in leading me down some paths that really seemed to strike home with the believers there.
After the service I had the honor of playing some music with Brother Jack & some of his young, but very talented musicians (Brother Caleb Wesco & Sister Rachel Wesco).
Sunday night I preached on ‘The Quickening Power‘ to the Haitian group of believers at Assembly Of The Voice Of the Seventh Angel in Boynton Beach, FL (Brother Jean Louis – Pastor). Brother David from the church there interpreted the sermon along with me into Creole. The presence of the Lord was definitely felt in the service, and Brother Jack made the statement that he felt (as with the wine at the marriage in Cana of Galilee); God had “saved the best for last”.
After the service Sunday night I had the privilege to fellowship for a couple of hours with some of the young people from Spirit & Truth (Brother Jack Duff’s church) who had gone with us to the service in Boynton Beach.
I felt led to have an impromptu Questions & Answers session with the young people, and upon consulting with Brother Jack about it he felt that it would be a good idea as well. I sat around the table with the young people and tried to answer their questions (with the help of the Lord) as best as possible. I told them they could ask any questions related to the Bible, or the Message, or any type of struggle they were having in their individual spiritual lives. They came up with some very good (and some very hard) questions.
Many of the questions were things I had questioned myself over the previous years as a young person, and with some of the other questions the Lord was faithful to bring Scriptures and quotes to my remembrance that could be easily applied to the question at hand.
Monday morning my plane left West Palm Beach, FL at 6:45AM, and I arrived back in the Louisville airport around 11:30AM.
Praise the Lord for the fruits we have seen from the services, as we know that only HE is able to bring the increase.
God bless you,
– Brother Nathan Bryant 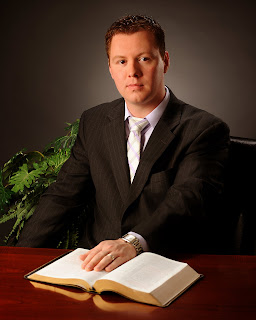 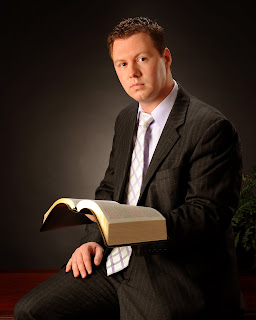 Bro Nathan and I recently returned from a preaching trip to Tucson. We preached a total of five services over an extended weekend and a Wednesday night.

We really had a blessed time, and while the devil sure seemed out to get us and the families, you just can’t stop what God has in store.

The services started off with Bro Nathan preaching a fiery sermon entitled “Order of Revival”. He followed it up with a prayer line. Many were blessed and hearts were stirred. It was nice to see that a few saints from other churches came out as well.

Saturday night I preached “Culture Degrades Truth”, followed by an altar call where many were blessed. There was a noticeable change on a few in particular after this. 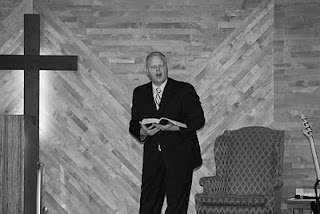 Easter Sunday morning, Bro Nathan took the resurrection subject of “A get together before flight”
Easter Sunday evening, I preached a simple sermon on “Undeserved Love”.
The following Wednesday night, Bro Nathan preached “Looking through Spiritual Eyes”
(sorry, some how we don’t have any pictures of Bro Nathan preaching!!)
We were blessed to be able to bring our families out to the Tucson area to see the many places the prophet walked and spoke of. We had some fine services, and a nice little vacation. We’re looking forward to anything the Lord has in store for us in the future!
God Bless you all,
Bro Trevor

From the education just can’t fix some things department.

I read an article today about the recent Lacrosse player murdered in VA. Truly this is a sad thing. A couple paragraphs stood out to me, and I had to comment about them somewhere…so here I am!

First the link to the article: The Article

“Drinking, debauchery and hateful language are not just lacrosse’s problem. Almost every sport on every college campus is dealing with these issues.

But lacrosse, with its heavy heart, can be the first to seriously try to clean up its act.

“People can’t close their eyes anymore,” Kaplan said. “They can’t pretend it’s not happening. I hope there will be more support on a state level and more specifically on each campus for mandatory, thorough education on gender-based violence.”

This kind of thinking is everywhere. It is easier for man to reform through education or using the old adage of “just try harder”, than it is for him to admit he is so wrong and broken so that he might look for and receive something new, something that’s not them anymore.

We see this even in our churches today: men reforming, men trying harder, men “being good”. Salvation comes through grace by faith alone. There is no other way individuals, or colleges, can deal with the problems stemming from the fall of man and a sinful nature, than by placing them, guilty and lost, at cross of calvary. In the Church Age Book, Bro Branham tells us of how Comenius wrote long ago:

“What can help? Only the one thing needful, return to Christ, looking to Christ as the only Leader, and walking in His footsteps, setting aside all other ways until we all reach the goal, and have come to the unity of the faith (Ephesians 4:13). As the heavenly Master built everything on the ground of the Scriptures so should we leave all particularities of our special confessions and be satisfied with the revealed Word of God which belongs to us all. With the Bible in our hand we should cry: I believe what God has revealed in this Book; I will obediently keep His commands; I hope for that which He has promised. Christians, give ear! There is only one life, but Death comes to us in a thousand forms. There is only one Christ, but a thousand Antichrists… So thou knowest, O Christendom, what is the one thing needful. Either thou turnest back to Christ or thou goest to destruction like the Antichrist. If thou art wise and wilt live, follow the Leader of Life.“

If thou are wise and wilt live, follow the Leader of Life!