“Behold, the Lord hath a mighty and strong one, which as a tempest of hail and a destroying storm, as a flood of mighty waters overflowing, shall cast down to the earth with the hand.” (ISAIAH 28:2)

“Thou rulest the raging of the sea: when the waves thereof arise, thou stillest them.” (PSALM 89:9)

The ‘Great Miami Hurricane’ (a category four hurricane with winds estimated over 125 mph) devastated Miami as well as causing major damage to other parts of Florida, Alabama, and the Bahamas.

Total casualties from the ‘Great Miami Hurricane’ were estimated at 373.

The hurricane of 1926 also reached Lake Okeechobee (in Okeechobee, Florida) breaking a portion of the dikes, causing many casualties.

This would only be a small preview of what would happen two years later during the 1928 ‘Okeechobee Hurricane’ (also referred to as ‘The Storm of 28’). 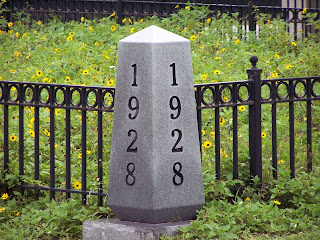 The hurricane escalates to category 3.

Initial reports from the U.S. Weather Bureau were optimistic that the hurricane would pass the south Florida region. 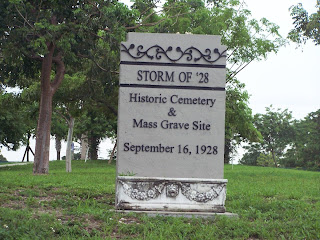 By September 19th the eye of the storm had crossed Palm Beach County near West Palm Beach, and directly over Lake Okeechobee, then turned northeast crossing northern Florida, and Eastern Georgia, as well as North & South Carolina.

The ‘Okeechobee Hurricane’ was the second hurricane in recorded history to be listed as a category five hurricane in the Atlantic basin. 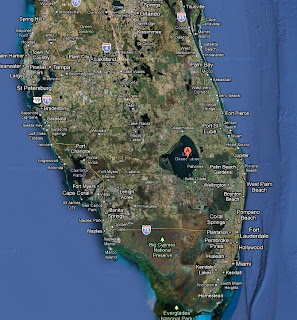 Covering 730 square miles Lake Okeechobee is nearly half the size of Rhode Island.

Listed as the 7th largest freshwater lake in United States, it is the second largest entirely contained within the 48 states.

The only means of flood control around Lake Okeechobee in 1928 was a six-foot mud dike.

Winds were measured on the ground at approximately 140 mph when the worst part of the storm hit the lake on September 16th, 1928. These strong winds drove water over the six-foot embankment causing flood waters to cover an area of 100 square miles, as high as 20 feet deep in some places. 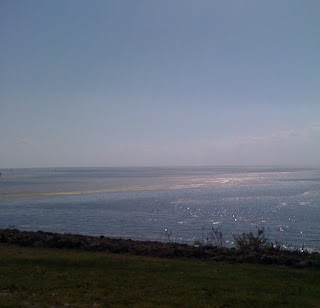 Residents living in lower points along the coast of Lake Okeechobee had been warned to evacuate earlier that day, but because the hurricane did not arrive on schedule, many had returned to their homes (thinking that the hurricane had bypassed their area).
Houses were torn from their foundations and smashed into pieces.

(Image above – Lake Okeechobee as seen from the current flood-wall)

Many survivors and bodies were washed into the Everglades, and many of the bodies were never found. 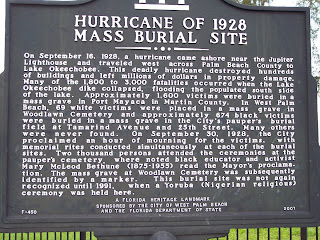 The number of bodies quickly outnumbered available burial services, so the majority were placed in mass graves.

Nearly two thirds of the casualties were migrant farm workers, making attempts to identify the deceased or missing extremely difficult. 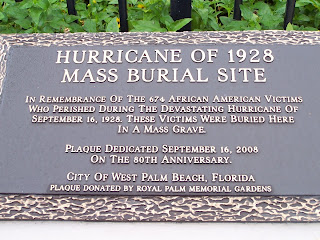 The number of casualties in the Palm Beach area only climbed to twenty-six because the residents heeded the hurricane warnings.

More than 1,711 homes were destroyed in West Palm Beach alone. 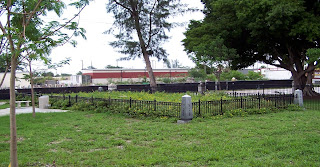 Mortar from Jupiter Inlet Lighthouse was reported as being “squeezed like toothpaste” from between the bricks, causing the lighthouse swaying seventeen inches from it’s base.

Brother Branham refers to this storm several times, using it as a type of how people fail to take heed when a message is given to warn of oncoming danger.

We can clearly see the spiritual type, as so many fail to heed the warning of The Message. The Voice of the Messenger is still calling out today.

May we heed the warning as the cry goes out for ‘whosoever will’ to come out of denominational creeds and dogmas, and away from the ungodly entertainments and pleasures of the world, to be hidden safely in the Rock of Ages until the storm passes by. 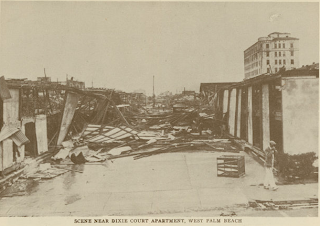 THE ONCOMING STORM PHOENIX, AZ 60-0229 “And these prophets of the weather in Florida are pretty accurate with their prophesying. They are set for that purpose to warn the people. I was reading (I forget just now, I believe it was in the newspaper.) of a storm a few years ago, that was on its way across Florida, central Florida, and all the regions around Okeechobee was–was warned. I just left there about five weeks ago. And there was a neighbor man who kept in contact with radio all the time, because of these storms, and he was a very renowned Christian. And he heard that the great typhoon was coming that way, twisting down trees, and everyone was warned to get to safety.”

GO TELL JEFF, IN 60-0417M “Many lives has been saved because of preparation for oncoming events. Sometime ago I was told that in Florida, the news man, the weather bureau sent out a newscast that there was a great storm coming. And one man was a poultry raiser, and he went to his neighbor and told him that the storm was coming. He ignored, and said, “Nonsense.” And he just kept on. He never put up his chickens. He never went into the dugout. He never made any arrangements. And his neighbor did make the arrangements. But all of the one who did not take the warning, all of his chickens was blowed away and killed; his house was tore down, his stock was lost; he was sent to the hospital, all because he did not take heed and warning. He knowed the message was given, but he failed to take heed to the message.”

** ‘The Storm Of 28’ is currently listed as number nine on the list of deadliest Atlantic with casualties estimated as high as 4,075. (Total casualties caused by Katrina are listed as 1,836).

*** This quotation is taken from an inscription on a Florida Heritage Landmark in West Palm Beach, FL. (An image of this landmark taken in 2009 by Brother Nathan Bryant is included in this post).