The Passing Of A Friend 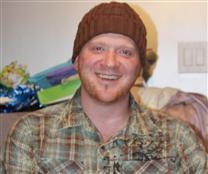 Please remember the Stucky family in prayer during their time of loss.

He was known for that cheeky grin and optimistic outlook on life. He was an incredible singer and musician. He was a diligent, gifted worker and gave his all, regardless. His family and his church family meant everything to him, but his relationship with Jesus was most important. He was also known for being half of a red-headed brother’s bond from birth – Cory’s twin. The battle is over, you’re finally free!

Guestbook can be viewed at:
http://www.legacy.com/guestbook/louisville/guestbook.aspx?n=kyle-stucky&pid=149746583&sign=1&cid=sugg